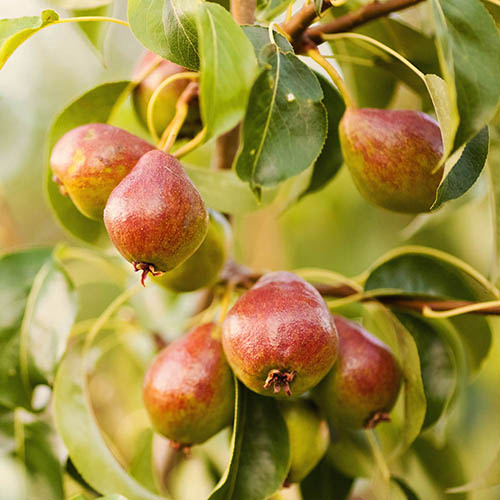 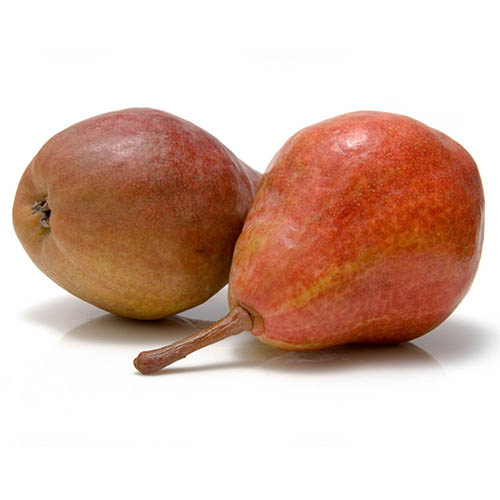 One of the traditional English dessert pears, Williams (or Williams Bon Chretien, after the nurseryman who first propagated it) is a pear tree with a pedigree dating back to the late 18th century.

Also known as the Bartlett Pear, Williams is a good early-season pear variety, producing a regular crop of large, yellow, aromatic fruits with an excellent sweet and juicy flavour. Williams pears have a typical and recognisable 'pear flavour', and this British bred pear is perfect for poaching and preserving, as well as eating fresh from the tree from mid to late September.

Great for wildlife, 'Williams' is on the RHS perfect for pollinators list and is self-fertile, plus when it's in bloom in the middle of the blossom season it can be pollinated by most other pear trees meaning an even bigger crop.

As this tree is on a dwarfing rootstock, it will not get to more than 1.5m in 5 years when in a pot. This will also make picking your fruits so much easier than those of a bigger tree.

Supplied as an established plant in a 5L pot, approx. 90-110cm tall, ready to pot on or plant out.