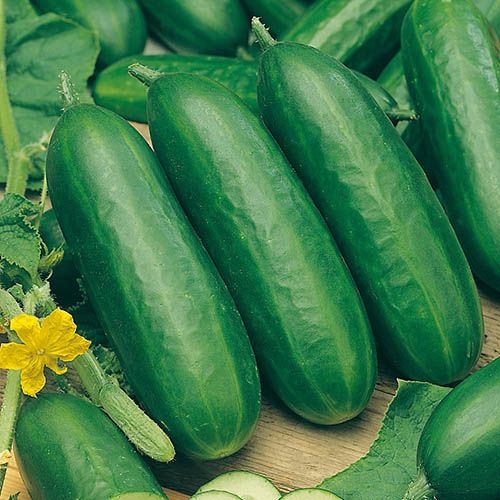 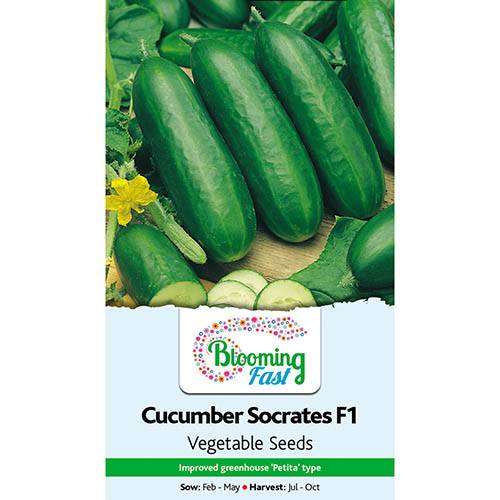 Grow your own for superb freshness and flavour!
Read customer reviews

This fast-growing and vigorous variety produces plentiful crops of bitter-free mini cucumbers. An ‘all female’ type, they are best grown in a greenhouse or tunnel, where seedless fruits can be produced if kept free from pollinators. ‘All female’ F1 hybrids give the surest results, producing almost all female flowers, virtually eliminating the need to remove male flowers (male flowers are generally only produced when plants become stressed).

A worthy recipient of the RHS Award of Garden Merit, this is an easy-to-grow, long-standing favourite of vegetable growers and is frequently recommended by the gardening press and consumer groups as one of the best tasting cucumbers. Its high resistance to disease extends the growing season as the plants are less susceptible to powdery mildew, which can be prevalent towards the end of summer and into autumn, when light levels are lower.

The dark green, thin-skinned fruits are best cut when about 18cm (7in) long and have a pleasing nutty flavour that is far superior to shop-bought cucumbers. As well as being super fresh and juicy when picked straight from the garden, these little beauties are packed with nutrients and antioxidants – they are a good source of vitamins K, B and C, as well as minerals such as potassium and magnesium.

Supplied as a packet of 5 seeds ready to sow indoors from February to May. Plant out May to June into fertile, moisture-retentive but well draining soil in a greenhouse bed or tunnel, or into good quality compost in containers or growbags for growing under cover. Harvest from July to October (cooler-grown crops from August).

Packed in the UK.
Seeds should not be eaten.

How to grow Cucumber ‘Socrates F1’