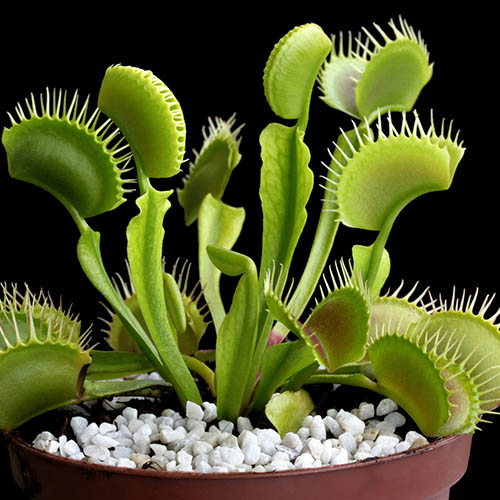 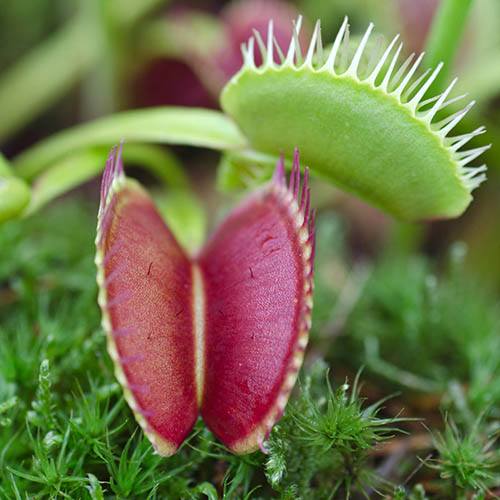 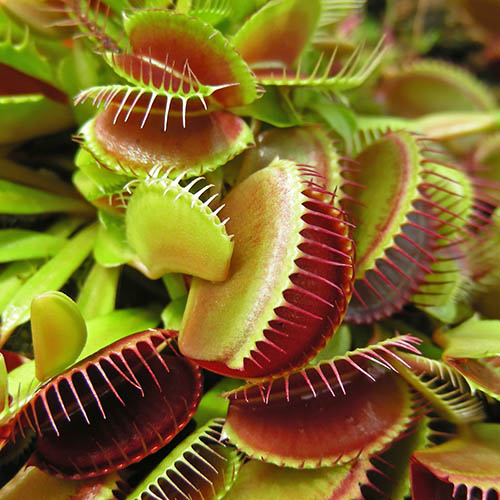 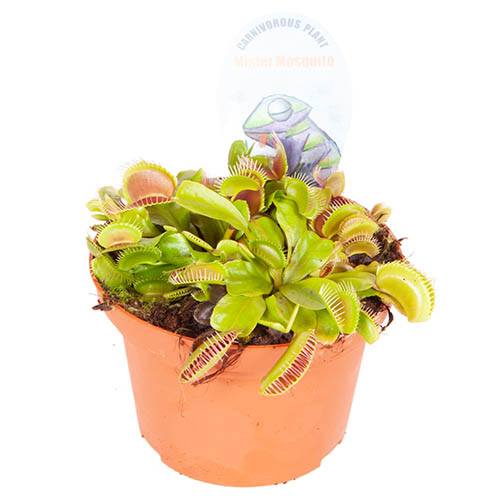 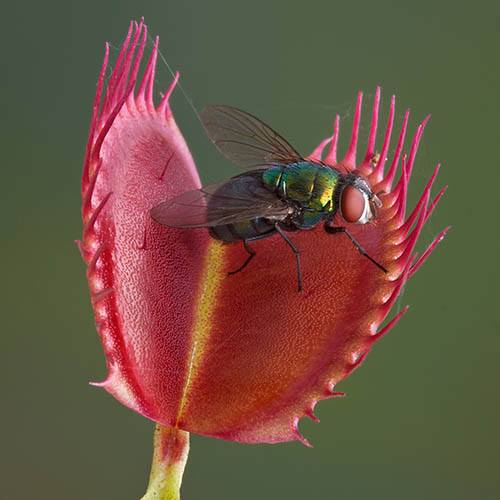 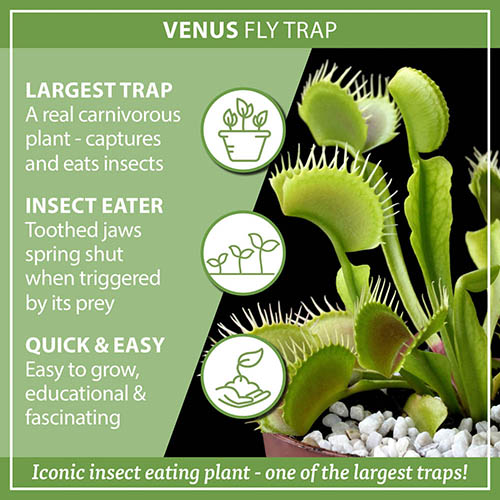 Arguably the most iconic of the insect eating plants and one of the largest traps available.
Read customer reviews

Arguably the most iconic of the insect eating plants, the jawed traps spring shut when triggered by a passing insect and begin the process of digesting the victim to release its valuable nutrients.

This is a variety which can grow traps over 2.5cm (1in) and is one of the largest plants that we have seen offered for sale, so you don't have to wait years to get a substantial number of traps.

The Venus flytrap attracts insects by releasing a scent which mimics those emitted by fruits and flowers and in addition, the lobes of each trap secrete a sweet mucous which act as an attractant along with red colouring which intensifies in bright summer sun, fooling the insect into thinking that it is a flower.

The traps of this fascinating plant are shaped from the ends of the leaves, with specially adapted hair-like sensors which cause the trap to be triggered when touched two or three times in quick succession. This prevents accidental triggering by rain or debris falling in and the traps are also clever enough not to close on tiny insects which would waste valuable energy for very little return. Once the jaws have closed, there is no escape.

The struggling insect stimulates the trap to close further, immobilising it. Digestive acids are then produced by the leaf which kill, then dissolve the body and absorb the valuable nutrients.

Once closed, traps take 5 to 12 days to reopen after the prey has been digested and will only work a couple of times before they become unusable - so do not be tempted to closed them yourself as this will weaken the plant.

Supplied as an established plant in a 12cm pot, much bigger than plants offered for sale elsewhere and with more than one crown, ready to give you an instant pest clearing service.

Item 800155 supplied as:
Supplied as a large, established plant in a 12cm pot, much bigger than plants offered for sale elsewhere, ready to give you an instant pest clearing service.

How to grow the Venus Fly Trap