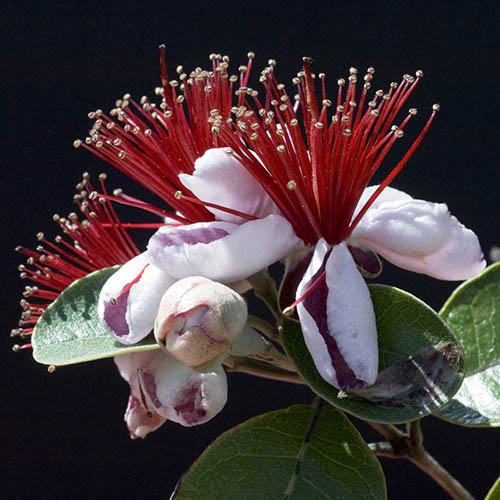 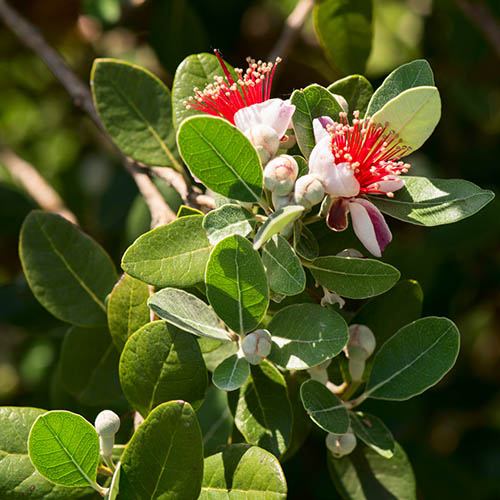 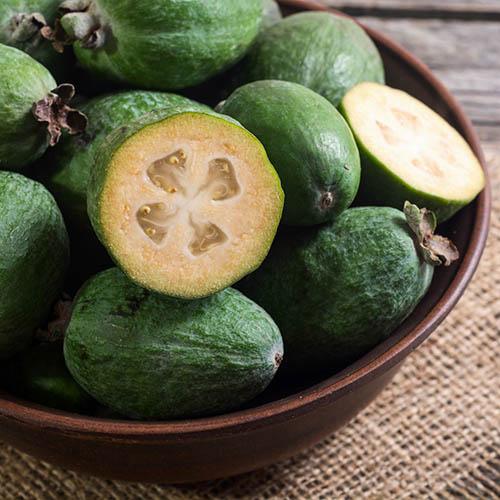 Grow your own tasty pineapple guavas

Grow something really different this year and amaze your friends and family with homegrown pineapple guavas.
Feijoa sellowiana ,Coolidge' is an evergreen shrub with attractive, grey-green, furry leaves, and exotic red flowers which are followed by juicy, sweetly aromatic, pineapple-flavoured fruits.

Also known as Acca or the Pineapple Guava, the pink and red fluffy flowers appear in May and being self-fertile, produce their crop of edible, red-flushed green fruit without the need for a second tree (although productivity is improved with two).

The most widely planted variety in California because of its productivity, 'Coolidge' is a self-fertile variety with a good flavor. Of Australian origin, the fruits are roughly egg-shaped and about 3 inches long with a waxy green skin and drop once they are ripe. Alternatively, you can pick them before they ripen and finish them indoors to prevent bruising.

Hardy enough to grow in the UK climate, Feijowa is drought tolerant once established and can reach up to 4.5m (15ft) if left unpruned in a sheltered, sunny corner of the garden.

Supplied as an established plant in a 9cm pot, ready to plant up straight away.

Item 510863 supplied as:
Supplied as an established plant in a 9cm pot, ready to plant up straight away.

Planting Advice for your Feijowa sellowiana: